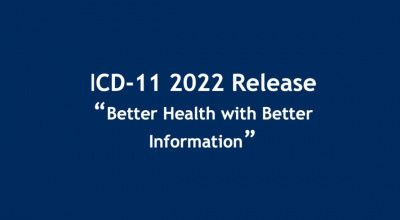 According to the WHO released on February 11, Eleventh Revision of the International Classification of Diseases (ICD-11) is now officially in effect for the national and international recording and reporting of causes of illness, death - and more.

On 18 June 2018, 18 years after the launch of ICD-10 WHO released a version of ICD-11. Over a decade in the making, this version has been updated for the 21st century and reflects critical advances in science and medicine, also it can now be well integrated with digital health and information systems.

The Russian experts are currently finalizing the translation of ICD-11 into Russian. Also, in July 2022, the Institute is going to hold a conference with the Commonwealth of Independent States members countries on the implementation of the ICD-11.